CAN I ACTUALLY BEAT THIS GAME?🙆🏽‍♂️.The reason why this is so Disturbing to ask, or even think about is that before

that very moment, you had played several games and obtained the necessary skills to surmount that ordeal. But for some reason,

you find yourself struggling to pass a certain level or Boss in the current one you’re playing. And since I am just an average

gamer, I Too have come face to face with the same dilemma. Which saddens me to say that the first game to ever bring me to my

Knees is the one called BloodBorne. And if you’re a seasoned veteran in gaming, then you should be aware that the Soul’s

games (Dark Souls, Demon Souls etc) can be Unforgiven and Brutal in terms of the way their gameplay is structured. And me

being a Foolish Gamer, jumped right in without giving it any second thought (Since it was a Sony Exclusive). And as a result, I

swiftly got decimated by the evil creatures in the game. However, after one year of trial and error, I finally conquered

BloodBorne the game and even got the Platinum trophy as a reward. Though what I’m about to say may sound Funny or come

as a Joke to some readers, it should be known that this game literally changed my life (for the better). Which is why I am about to

give you MY TWO reasons why I feel Bloodborne the game should be rewarded the title of Best Souls Game ever created.

Now Just to be clear, my two reasons are not going to be based solely on how the game was Created nor the gameplay itself.

However, it’s going to be centered on how BloodBorne the game can affect one’s life Positively (Even though it’s filled with

Violence and Gore). So Without further delay, my two reasons include:

Patience indeed is a Virtue. Which is one that I lacked before venturing into the game known as Bloodborne. if you’re an

expert Souls Gamer, then you must be aware that beating a game like Bloodborne requires a degree of Patience in order to

environment littered with booby traps that spell GAME OVER to all those who fall prey). Moreover, before playing bloodborne, I

had never spent so much time trying to beat a game in my Life😂. The reason being that I would always rush the process and not

spare some time to experience the true nature of the game. My guess is because gaming has gotten so much easier to the point

where beating a game takes the average gamer a week or two to complete. However, when it comes to a game like Bloodborne, it

would require  nothing less than 4-5 weeks to complete (Unless you’ve played a souls game in the past.)Nonetheless, the reason I

use patience as a point in my post is not to argue how long it will take to beat the game. Rather, its to show and prove my point on

how Bloodborne can convert one into a Patient Human being.

Being patient doesn’t just mean waiting for something but, knowing When & How to act in any given circumstance. These days

you often hear the words Now or Never uttered time again because most people are always looking for Immediate results. Also

in most cases, we tend to rush and never take the time to fully understand the extent of our Tasks or Problems. However with

Patience, one can invest meaningful time in anything without Giving Up or Giving In when Pressure comes. And the best way

to acquire such a skill is by playing a hard game like BloodBorne. Whereby it teaches you how to control the Impulse to not act

on the desire to win or defeat a boss quickly (even though you may have the upper hand in the fight) In theory, BloodBorne

instills in you, the ability to appreciate the Slow and Steady route. This eventually turns you into a Patient individual that is

highly regarded in today’s society. That is why BloodBorne is an Amazing game in my opinion. But Patience is not the only

reason I think Bloodborne the game should be rewarded the title of Best Souls Game ever created. Because above everything, one

must possess the ability to Persevere in order to achieve success and become the best version of themselves.

I’m quite positive that most of you reading have come across these words “Perseverance leads to success”. Well believe or

not, but those same words also align and resonate in Bloodborne, which will be discussed further in a brief moment. However,

before that happens, lets elaborate more on what it actually means to Persevere.

Perseverance is simply the ability to keep doing something in spite of obstacles that SHALL arise on the way. And if you’ve

played Bloodborne and beaten it in its fullness (including the DLC), then you probably know that the game is designed to make

you or anyone that plays it SUFFER💀. This suffering goes beyond Perseverance in my opinion because dying 117 times to the

“Blood Starved Beast” can make anyone lose all hope as a gamer. However, that’s what makes BloodBorne a great game. It

doesn’t give you victory on a Silver plater like most games do these days.  It forces you to strive to the very end no matter how

Before playing Bloodborne, I never had it in me to persevere. Once things got heated or tough, I quickly pulled out and

withdrew from the situation without even trying or giving the issue a second thought. Which is what most of us do when we feel

backed into a corner. We withdraw from the tense situation and feel the need to run without putting up a fight. Running from

our Fears is what everyone seems to be good at doing. But in the end, running only makes us Weak as well as prolong the

inevitable. However, beating a game like Bloodborne has made me realize that sometimes one needs to Persevere to the very

end in order to be successful in whatever they do. Dying multiple times is Painful and Excruciating but that pain is what

separates the Winners from losers in both fields (Game and life). Which is why I truly believe BloodBorne, is the Best Souls

Game ever created. And with no doubt, can affect one’s life in a positive way.

Now it’s very clear that the creators of Bloodborne (Japan Studios) had very Bad childhoods while growing up. And I say this

not because I know them personally. However, it will only take a disturbed mind to come up with the various beasts seen in

Bloodborne (Orphan of Kos). Nonetheless, these same unsettling beasts can also serve as a Double-Edged Sword to Some

because to beat a Great game like Bloodborne, you must possess the skills of Patience & Perseverance. Qualities that are also

guaranteed to make one a positive and better person in the real world. Furthermore, even though Bloodborne was released 4

years ago (March 2015), it is still played by many gamers worldwide who also want to experience the feeling of being a Crescent

Moon Hunter. Which serves as a  testament to how great BloodBorne the game really is. Therefore, making Bloodborne the

Well, That’s my BloodBorne Review. Let me know what you guys and girls think in the comments below. Do you think

BloodBorne is a great Souls game that still deserves the attention it gets till this day OR you prefer Dark Souls, Nioh or the

upcoming Sekiro! In addition, if you’ve played BloodBorne let me know your Hardest Boss Fight in the comments.

Moreover, if you’re into Cool anime artifacts, don’t forget to check out my review of J-list & Right stuff anime to know the best

place to procure Japanese merchs. Also, if you’re looking for wireless earphones that are Aesthetic and are great for workouts,

then you would want to check out my review of Soul Electronics for more information.

As usual, thanks so much for reading my Post. I really appreciate it🙏🏽.

Orochi Doppo: The Essence Of A Fight!!

ABOUT THE AUTHOR Kemdi 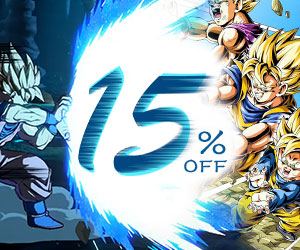