As much as Anime can be entertaining and exciting to most, if not all its audience, it also has the underrated ability to

inspire its viewers to act upon the things they’ve always aspired to accomplish in the real world. Even though it lacks

the Authentic and Realistic nature other forms of media may possess such as Movies, Tv shows, Games and Music, it

Goofy way. There are many animes that fall into this category such as Naruto Shippuden, History’s Strongest Disciple

Kenichi, Full Metal Alchemist Brotherhood, Death Note, Parasyte the Maxim, and many more. Check out my post on Top 5

animes that will change your life in 2018 to have a feel of what I’m saying. However, the issue with these kinds of animes is

unbelievable and dismissible to the eyes of viewers (especially new anime watchers).

If you’ve seen the anime Shokugeki no Soma (which I strongly suggest you do if you haven’t!), then you’ll know exactly what I

mean when I say Yukihira Soma has a normal nature like everyone else. But for the sake of non-anime watchers, I will explain

further so nobody feels left out. You see, just like you and I, Yukihira Soma was born a normal boy with no lucky star over he’s

head. He wasn’t brought up in the best household nor did he get the best training needed to become the great chef (at Totsuki

Academy) he is today. Unlike his peers e.g. the Nakiri’s or the Aladini’s who have trained under Elite Restaurants or use

Sophisticated Equipment’s & Techniques while cooking, Soma continues to excel as one of the best students at Totsuki

Academy by making use of rudimentary equipment’s and resourceful cooking skills he learned from a common Diner.

Unfortunately, most people believe that in order to become successful in life, you must first possess Special or

Distinguished qualities that can aid you along your journey which often comes in the form of “Luck” or “Talent”. Usually.

Well, I’m happy to tell you that Success is not a Right nor a Belonging that is passed-on or given as a Title or crown.

Anyone and Everyone (Endowed, Normal and Unfortunate) has the latent ability to become successful in life and that

ability is simply Hard work. If you want to become successful at anything, you must be willing to work your Ass off

because Hard work always beats Talent & luck in any given case. The reason Yukihira Soma often comes out victorious in

most Food contest isn’t because he’s talented or lucky rather, he’s always willing to work harder than he’s opponents who

Yukihira Soma). In other words, if you want to be successful as Yukihira Soma, you must work hard like any Normal

Person would and not hope for something magical or unreliable as Luck or talent.

Even though Hard work is a major factor of Success, it’s still not the only thing that guarantees victory in one’s life and

that’s because we could learn a thing or two from Yukihira Soma’s Risk Taking Habit.

Now I’m sure everyone is aware that most, if not all world leaders or successful entrepreneurs would never have made it to the top

without taking some sort of “Risk” along the way. Right from the very famous Bill Gates (who took a risk & dropped out of

risk of live streaming he’s daily life which eventually grew to dominate the online game streaming platforms), have all gambled in

some way or another to achieve that, which some have yet to phantom (Success). Well, the same could be said and seen in the

life of a normal anime character called Yukihira Soma. Each time Soma participated in a food battle, he always found the need

. A very good example is shown in the Final Episode of Season 4 in the the scuffle between Kinkuni Nene and Yukihira

Soma. Even though Kinukuni made the perfect Soba noodles that couldn’t be beaten, Soma was still able to prepare an amazing

flour that wasn’t necessary for the preparation of Soba.

Look, taking a risk is not an easy thing to do. As a matter of fact, it’s unnatural for anyone to willingly put themselves in

danger. However, that’s what you need in order to be successful & that’s because you’re willing to take the route that no

one else dares to embark on. So, if there’s anything stopping you from taking that next step towards achieving your goals

But the final nail in the coffin, that doesn’t just make one successful but keeps you on the right track of success is the

If you’ve read up to this point, you might be wondering why I used the words “Success born from Failure” to describe the

Father). At a young age, Soma often challenged his dad to countless food battles and each time, he lost miserably thanks to the

Age difference and Years of experience separating the two. However, the remarkable thing about this ordeal isn’t the

numerous times Soma lost to his dad but he’s endless need for improvement after each loss.

You see, Yukirhra Soma wasn’t competing for the sole purpose of beating his father but he wanted to expand his

cooking knowledge by tasting different dishes that were prepared by his dad each time he lost. This phenomenon is

commonly referred to as Growth in the real world. Saiba Joichiro made him grow (Yukihira Soma) by Competing with him

thereby Exposing him to different cooking techniques and styles which improved his cooking skills over time. That’s why Soma

was a Beast when he got to Totsuki Academy. Even though he was a transfer student who had no previous knowledge of

the culinary arts, he was still able to destroy his opponents because he had experienced many styles of cooking prior to

his enrollment in the academy and it’s all thanks to the 499 times he was defeated by Saiba Joichiro.

So, what am I Saying?

To be successful, you must be willing to Grow and to experience growth, one must be keen on trying “New” and

“Different” things constantly no matter how uncomfortable, stressful, and scary the task may seem. Stepping out of your

about yourself in terms of your Strengths and Weaknesses and with that knowledge, you become creative and confident

when dealing with challenges in any situation just like Yukihira Soma does every time.

It feels so amazing to know that characters such as Yukihira Soma, who don’t exist in the real world can have a major impact

in your life. With the number of Challenges thrown at you every day, it becomes a relief to realize those that entertain you can

also lend you tips on solving problems that plague you in the real world. Most of us who yearn for success quit along the way for

numerous reasons like fear of having little or no Talent, fear of taking necessary Risks (which is quite normal) and worst of

them all, the fear of Failing. Moreover, since I’m human and I also exist in the real world, I occasionally face some of these fears

that can keep one from reaching their goals. However, to break free from these shackles, I always go back to those anime

characters like Yukihira Soma, that inspire me with their Wits and Guts, to overcome the trials and tribulations that I face along

my own journey of success.

But let me know what you think about all of this. Do you think that anime characters like Yukihira Soma, from their actions,

the real world? Also, if you watch anime, I will love to know who your most Inspirational anime character is. Is it Yukihira

Soma or perhaps someone much better than him? Let it all out it in the comments below.

Moreover, since I’m an Affiliate, I have some amazing artifacts from Right Stuff  you or anyone into anime might find

That’s all for now. Thanks so much for clicking and I hope you stop by again for another read!!

Anthem the Video Game: Can EA Surprise Us?

ABOUT THE AUTHOR Kemdi 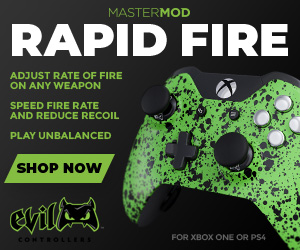